Stevan K. Pavlowitch is professor emeritus of history at the University of Southampton and the author of Serbia: The History Behind the Name and Tito: Yugoslavia's Great Dictator. 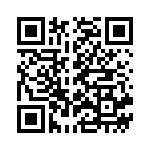