Henry A. Dietz is Professor of Government and a Distinguished Teaching Professor at the University of Texas at Austin. 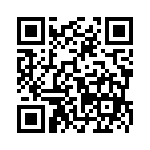