Страница 121
When we halted for the night in a village, a patrol led by an officer first collected
all the Turkish women and moved them into one part of the village. The soldiers
were billeted in houses where only men were left. If some women were left in a ...
Страница 204
Then we set out again, and marched as far as the village called Kavakli, where
we spent the night. This village had been burned to the ground, and we had no
tents with us. When we were approaching Lozengrad we jettisoned them,
because ...
Страница 232
"When a partisan unit comes to a village, the local militia meets it, and, under the
leadership of one or two of the chetniks, a guard is mounted. In the event of an
attack by the Turks, the militia has to fight side by side with the partisans.

Leon Trotsky was born Lev Davidovich Bronshteyn, the son of a prosperous Jewish farmer in the Ukraine. Sent to Odessa for his secondary-school education, he became a member of a Marxist circle in 1896. Imprisoned many times, he escaped from exile in Siberia in 1902 by using the name of a jailer called Trotsky on a false passport. During World War I, he lived in Switzerland, France, and New York City, where he edited the newspaper Novy Mir (New World). In 1917, after the overthrow of Tsar Nicholas II, he went back to Russia and joined Lenin in the first, abortive, July Revolution of the Bolsheviks. A key organizer of the successful October Revolution, he was People's Commissar for Foreign Affairs in the Lenin regime. But antagonism developed between him and Joseph Stalin during the Civil War of 1918--20, and after Lenin's death Stalin exiled him. Trotsky fled across Siberia to Norway, France, and finally Mexico, carrying with him source material on his experiences in the revolution. In Mexico he began working on the biography of his bitter enemy Stalin in a heavily barred and guarded home in Coyoacan. He realized he was racing against time and was able to complete 7 of the 12 chapters before a member of the Soviet secret police managed to work his way into the household by posing as a convert to Trotskyism. An attempt made on Trotsky's life in May 1940 was unsuccessful. Two months later another attempt was made. This one was successful---Trotsky was killed with a pickax at the desk where he was writing "Stalin," and the manuscript was spattered with its author's blood. The construction of the remaining five chapters was accomplished by the translator Charles Malamuth, from notes, worksheets, and fragments. Malamuth's translation of the initial chapters had been completed and checked by Trotsky before his death. A ruthless, energetic, and messianic visionary, Trotsky inspired both confidence and mistrust among those around him. In his later years, he was the focus of communists opposed to Stalin. A writer of power and venom, he was an advocate of permanent world revolution. 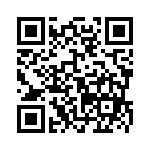