Rob Armstrong is the retired professional in residence in the Communications Department at Flagler College, St. Augustine, Florida. Author of five previous books, including "Covering Government: A Civics Handbook for Journalists," Armstrong was an on-air radio and television correspondent for CBS News for 25 years. With the U.S. Congress and national politics as his principal beats, Armstrong covered nine presidential nominating conventions, four presidential campaigns, and such political benchmarks as the resignation of House Speaker Jim Wright and the Republican sweep of the House and Senate in 1994. 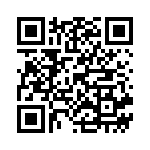