In this lengthy study, originally published in 1721, Mather (1633-1728) examined Scripture and nature-the two great books of God-in order to show that the new science of Newton and his contemporaries ... Прочитајте целу рецензију

Cotton Mather was born on February 12, 1663 and died on February 13, 1728. He was a socially and politically influential New England Puritan minister and author. He is also remembered for his scientific role in early hybridization experiments and his stance as an early proponent of inoculation in America. Cotton Mather wrote more than 450 books and pamphlets, and his literary works made him one of the most influential religious leaders in America. Mather set the moral tone in the colonies for people to return to the theological roots of Puritanism. The most important of these, Magnalia Christi Americana (1702), comprises seven distinct books, many of which depict narratives to which later American writers, such as Nathaniel Hawthorne and Harriet Beecher Stowe, would look in describing the cultural significance of New England for later generations after the American Revolution. His literary works include: Boston Ephermeris, Pillars of Salt, Bonifacius, and The Christian Philosopher. 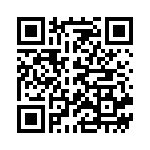