Страница 216
G. B. Sansom , The Western World and Japan ( New York : Albert Knopf , 1950 ) ,
a classic in Japanese studies , examines , among other topics , the impact of
Western economic thought on Tokugawa and Meiji Japan . On the unequal treaty
...
Страница 218
Government Printing Office , 1972 ) , examines the mechanics of government -
business interactions . Leon Hollerman , Japan's Dependence on the World
Economy : The Approach toward Economic Liberalization ( Princeton : Princeton
...
Страница 305
His book examines their thought during the early 1900s on war in general , and
on the war of 1914 specifically , chiefly in Western Europe , such as in France ,
Germany , and England , but he also touches on opinions in other nations , such
as ... 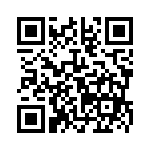