Kwame A. Insaidoo was born in Ghana. He received his early education from Akwasiho Presbyterian Middle School, Fijai and Aggrey Memorial Zion Secondary Schools. While at the Univeristy of Ghana, he was awarded an academic scholarship to attend Missouri State Univerisity, where he was elected president of Association of International Students. Kwame is also a member of Missouri chapter of Omicron Delta Epsilon, Economic Honor Society. In 1979 he graduated with a bachelor's degree in economics.

Kwame attended graduate school at New York University, where he received his master's degree in 1988. He is also the author of , Can the Black man Rule Himself?; Is the Bible a Woman's Enemy? ; The African Meets the Black American, with Mrs Roxanna Pearson Insaidoo, and Anansi and Other African Trickster Tales with Dr. Donald Holliday.

Kwame Insaidoo is currently Executive Director of a not for profit organization in New York City. 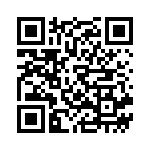