Страница 119
Linda Suny MYRSIADES ADAPTATION AND CHANGE : THE ORIGINS OF
KARAGKIOZIS IN GREECE Greek lands of the post-Ottoman period experienced
changes which, however one wishes to view them, were clearly a radical shift
away ...
Страница 122
Greeks themselves hosted numerous native entertainments, including dramatic
dances, story-telling, folk plays, fool shows, mumming, masquerading, folk songs,
and elaborate processionals that occurred during weddings, funerals, and ...
Страница 131
This Jew must be considered the first documented player in Greece, his
appearance here providing a link with a popular Greek account of a Jewish
player, Jacob, who was widely supposed in the oral tradition to have played
before the Greek ... 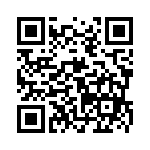