I admit that I didn't quite know what I was picking up when I opened The Hobbit and Philosophy: For When You've Lost Your Dwarves, Your Wizard, and Your Way. At the time, I was three quarters of the ... Прочитајте целу рецензију 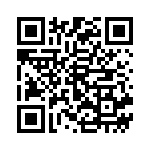