Страница 31
There was an insistent rap at the door , and there stood Monsignor Pietro
Gasparri , recently appointed undersecretary in the Department of Extraordinary
Affairs , the equivalent of the Foreign Office within the Secretariat of State . Pacelli
...
Страница 55
Gasparri , Pacelli ' s guide and mentor , was then credited with supporting the
concordat , like all the rest . As Pacelli wrote : “ E anch ' egli , tutto considerato ,
per l ' affirmativa ” [ “ He , too , all considered , was in the affirmative " ] . But the
rest of ...
Страница 70
The episode is described by Pacelli himself in a letter to Gasparri , which has lain
buried in the files of the Secretariat of State until now . 13 On September 4 , 1917
, Pacelli informed Gasparri that a Dr . Werner , rabbi of Munich , representing ... 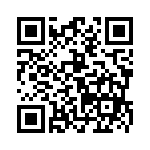