Страница 204
When a substantial percentage of a sample agree on an issue — for example,
that we should honor the American flag — there is a consensus. But on most
issues, opinions are divided in various proportions. When a large portion of
opposing ...
Страница 206
True, Jewish families tend to be more liberal on both economic and noneconomic
issues than either Catholics or Protestants, but there are lots of conservative
Jewish families and lots of liberal Catholic and Protestant ones. It is dangerous to
...
Страница 214
Voting on the Basis of Issues Most political scientists agree that issues, while
important, are not as central to the decision process as partisanship and
candidate appeal.28 Part of the reason is that candidates often intentionally
obscure their ...

James MacGregor Burns was born in Melrose, Massachusetts on August 3, 1918. After graduating from Williams College, he went to Washington and worked as a congressional aide. During World War II, he served as an Army combat historian in the Pacific and received a Bronze Star. He received a Ph.D. from Harvard University. He did postdoctoral work at the London School of Economics. He taught at Williams College. His first book, Congress on Trial: The Legislative Process and the Administrative State, was published in 1949. After his second book, Roosevelt: The Lion and the Fox, he ran for Congress in 1958 and lost. During the campaign he became acquainted with John F. Kennedy and received unrestricted access to Kennedy, his staff and his records. This resulted in the book John Kennedy: A Political Profile. His other works included The Deadlock of Democracy, The Power to Lead: The Crisis of the American Presidency, and Fire and Light: How the Enlightenment Transformed Our World. Roosevelt: The Soldier of Freedom won the Pulitzer Prize, the Parkman Prize, and the National Book Award. The first volume of The American Experiment also received a Pulitzer Prize. He died on July 15, 2014 at the age of 95.

Thomas E. Cronin is the McHugh Professor of American Institutions and Leadership at Colorado College. He is president emeritus of Whitman College (1993 2005) and a former acting president of Colorado College (1991). He earned a Ph.D. in political science from Stanford University, and is author, coauthor, or editor of a dozen books on politics and government. Cronin is a past president of both the Western Political Science Association and the Presidency Research Group and was honored by the American Political Science Association with the Charles E. Merriam Award recognizing outstanding contributions to the art of government. 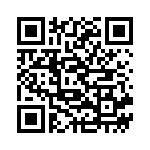