Thought I'd like it more than I did. Set in Washington, D.C. in 1877. Lots of politics of the time, several real figures from history, especially Roscoe Conkling. Lovely writing, lots of celestial ... Прочитајте целу рецензију

A sharp-witted young widow's progress through post—Civil War Washington's power-centers dominates this breezy and entertaining historical caper from the popular author of Henry and Clara (1994) and ... Прочитајте целу рецензију

Thomas Mallon's books include the novels Henry and Clara , Two Moons , Dewey Defeats Truman , and Aurora 7 ; a collection of essays, In Fact ; and his book on the assassination of JFK, Mrs. Paine's Garage . His work has appeared in The New Yorker , The New York Times Magazine , The American Scholar , and GQ . He received the National Book Critics Circle award for reviewing in 1998. The recipient of a 2000 Guggenheim Fellowship, he lives in Westport, Connecticut. 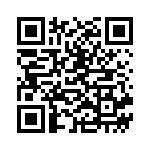