Страница 116 - THE high contracting parties, in order to promote international co-operation and to achieve international peace and security by the acceptance of obligations not to resort to war, by the prescription of open, just, and honorable relations between nations, by the firm establishment of the understandings of International law as the actual rule of conduct among Governments, and by the maintenance of Justice and a scrupulous respect for all treaty obligations In the dealings of organized peoples with...
Појављује се у 638 књиге(а) од 1874-2007
Страница 158 - No one shall be subjected to arbitrary interference with his privacy, family, home or correspondence, nor to attacks upon his honour and reputation. Everyone has the right to the protection of the law against such interference or attacks.
Појављује се у 823 књиге(а) од 1689-2008
Више
Страница 128 - Nothing contained in the present Charter shall authorize the United Nations to intervene in matters which are essentially within the domestic jurisdiction of any state or shall require the Members to submit such matters to settlement under the present Charter; but this principle shall not prejudice the application of enforcement measures under Chapter VII.
Појављује се у 1094 књиге(а) од 1878-2008
Страница 149 - The Organization shall enjoy in the territory of each of its Members such legal capacity as may be necessary for the exercise of its functions and the fulfillment of its purposes.
Појављује се у 691 књиге(а) од 1841-2008
Страница 130 - Assembly may recommend measures for the peaceful adjustment of any situation, regardless of origin, which it deems likely to impair the general welfare or friendly relations among nations, including situations resulting from a violation of the provisions of the present Charter setting forth the Purposes and Principles of the United Nations.
Појављује се у 668 књиге(а) од 1921-2008
Страница 80 - The paramount consideration in the employment of the staff and in the determination of the conditions of service shall be the necessity of securing the highest standards of efficiency, competence, and integrity. Due regard shall be paid to the importance of recruiting the staff on as wide a geographical basis as possible.
Појављује се у 809 књиге(а) од 1922-2008
Страница 158 - Everyone is entitled in full equality to a fair and public hearing by an independent and impartial tribunal, in the determination of his rights and obligations and of any criminal charge against him.
Појављује се у 837 књиге(а) од 1901-2008
Страница 138 - Nations entering into such arrangements or constituting such agencies shall make every effort to achieve pacific settlement of local disputes through such regional arrangements or by such regional agencies before referring them to the Security Council. 3. The Security Council shall encourage the development of pacific settlement of local disputes through such regional arrangements or by such regional agencies either on the initiative of the states concerned or by reference from the Security Council.
Појављује се у 539 књиге(а) од 1910-2008
Страница 127 - To achieve international cooperation in solving international problems of an economic, social, cultural, or humanitarian character, and in promoting and encouraging respect for human rights and for fundamental freedoms for all without distinction as to race, sex, language, or religion; and 4. To be a center for harmonizing the actions of nations in the attainment of these common ends.
Појављује се у 509 књиге(а) од 1907-2007
Страница 147 - The International Court of Justice shall be the principal judicial organ of the United Nations. It shall function in accordance with the annexed Statute which is based upon the Statute of the Permanent Court of International Justice and forms an integral part of the present Charter.
Појављује се у 496 књиге(а) од 1864-2008
Мање

Chadwick F. Alger, Ph.D., is Mershon Professor of Political Science and Public Policy Emeritus at Ohio State University, Columbus, OH. He is the editor of The Future of the United Nations System: Potential for the Twenty-First Century. 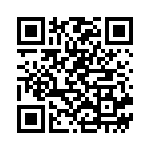