Страница 9
Far from being bottomless pockets into which industrialists and entrepreneurs could dip at will , merchants were themselves deeply indebted to local farmers and banking institutions , and anyone else from whom they could borrow .
Страница 230
As Raymond Breton has emphasized , Indeed , in a powerful way , the language used in public affairs and institutions signifies to individuals and groups “ that the society is indeed their society , ” and the institutions , their ...
Страница 281
Based on these beliefs , a compromise emerged at four different levels , that is , at the levels of ideology , institutional structures , economy , and human resources . This compromise originated with the signing of the 31 August 1980 ... 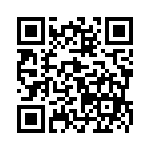