Страница 123
justice, he will have many powerful enemies who will prepare his downfall. The
position of the second vezir is still more pitiful since he lacks the power to
accomplish anything. Next are the 'ulemâ (stanza 4). The grand mufti, the
sheikhulislam, ...
Страница 151
On the state of the finance directors. Let us suppose that the treasure-lavishing
Bang Has appointed you finance director over his treasure. 105 The two eyes of
the vezir, like sun and moon, Will be looking at you night and day. If you say to
him ...
Страница 200
From 1636 until 1652 Dervis Mehmed Pasa served as governor with rank of vezir
in Damascus, Diyarbekir, Bagdad, Diyarbekir again, Musul, Aleppo, Anatolia,
Bosnia, Silistre (Ozii), and Anatolia again. His last post before being appointed ... 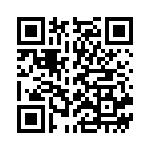