Lynn Margulis was born in Chicago, Illinois on March 5, 1938. She graduated from the University of Chicago at the age of 18. She received a master's degree in genetics and zoology from the University of Wisconsin and a Ph.D. in genetics from the University of California, Berkeley. She taught for 22 years at Boston University before joining the faculty at the University of Massachusetts, Amherst in 1988. She was best known for her theory of species evolution by symbiogensis. The manuscript in which she first presented her findings was published in 1967 by the Journal of Theoretical Biology. An expanded version, with additional evidence to support the theory, became her first book entitled Origin of Eukaryotic Cells. Her other works include Symbiosis in Cell Evolution, Luminous Fish: Tales of Science and Love, Dazzle Gradually: Reflections on the Nature of Nature, and Mind, Life, and Universe: Conversations with Great Scientists of Our Time. She died five days after suffering a hemorrhagic stroke on November 22, 2011 at the age of 73.

Michael Dolan is adjunct assistant professor in the Department of Geosciences at the University of Massachusetts Amherst. An expert on anaerobic protists of termites, he also teaches the class "Environmental Evolution" to advanced undergraduate and graduate students in biology, chemistry, and astronomy with Dr. Lynn Margulis. 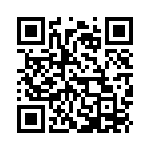