Страница 15
This account was to become firmly embedded in dynastic (history». Sa'd ed-Din,
for example, summarised the same arguments when he wrote that after the
Mongol defeat of the Seljuks in 1243, the emirs of the land ceased to obey them,
...
Страница 19
Gündüz Alp and Gök Alp had become brothers, and Gündüz Alp had become
Ertugrul's father. An Ottoman history which Mehmed II's chancellor, Karamanlı
Mehmed Paşa completed c. 1480°, brought a further change. In his version, Gök
Alp ...
Страница 21
Here, the Companion of the Prophet who is the ancestor of the dynasty, dreamed
after his betrothal to the Khan's daughter, that he had died and become dust.
From his dust, a tree grew, and from the tree, six branches. All the people
stopped ... 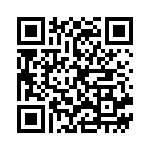