Страница 12
Asuncion , the capital of the island of Margarita , was afterwards founded , in 1525 , so that , although the port of La Vela de Coro , on the western coast of Venezuela , and near the island of Curaçoa , is generally reputed to be the ...
Страница 56
sea . founded by Rodriguez de Suarez in 1558 , and is situated at the foot of the Sierra Nevada Mountains , on an elevated plain near the Chama River . From its site the eye takes in a takes in a panorama of natural beauty such as is ...
Страница 57
Its average Its average La Grita , founded in 1576 by Caseres , is situated on high tableland , 56 miles from the boundary between Venezuela and Colombia , and 4,905 feet above the level of the sea . annual temperature is 66 ° F. 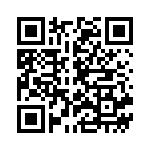