Known in Iran as a leading mathematician, Omar gained literary importance through certain quatrains that were translated by Edward FitzGerald. The Ruba'iyat is justly famous in English translation. Others besides FitzGerald have tried their hand at translating it, not all with admired results. Bowens's is a good example of competent and pleasing work.

Edward FitzGerald (March 31, 1809-June 14, 1883), English man of letters. A dilettante and scholar, FitzGerald went to Trinity College, Cambridge, and spent most of his life living in seclusion in Suffolk. His masterpiece, a translation of The Rubaiyat of Omar Khayyam, appeared anonymously in 1859 and passed unnoticed until Dante Gabriel Rossetti made it famous. Revised editions followed in 1868, 1872, and 1879. FitzGerald's Rubaiyat has long been one of the most popular English poems. Although actually a paraphrase rather than a translation of a poem by the 11th-century Persian poet Omar Khayyam , it retains the spirit of the original in its poignant expression of a philosophy counseling man to live life to the fullest while he can. Among FitzGerald's other works are Euphranor (1851), a Platonic dialogue, and Polonius (1852), a collection of aphorisms. 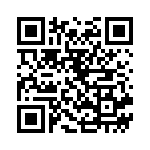