LANDRUM B. SHETTLES, M.D., Ph.D., was an associate professor of obstetrics and gynecology at Columbia University’s College of Physicians and Surgeons and director of research at the New York Fertility Foundation. He is the coauthor of From Conception to Birth: The Drama of Life’s Beginnings.

DAVID RORVIK is a former Time magazine science and medicine reporter and has contributed articles to the New York Times Magazine, Harper’s, Reader’s Digest, and other magazines. 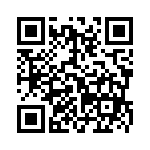