Страница 162
The focus throughout , however , is not on nationalism versus transnational
corporatism but on democracy under stress ... The democratic state , not its
internal makeup , is thus the point of departure , and scant attention is given to
such topics ...
Страница 163
Towson University JOSEPH R . RUDOLPH , Jr . Must Global Politics Constrain
Democracy ? Great Power Realism , Democratic Peace , and Democratic
Internationalism . Alan Gilbert . Princeton , NJ : Princeton University Press , 1999 .
Страница 26
Of these , three were propresidential ( SDPUo and People ' s Democratic Party (
NDP ) , and the Green Party ) , whereas two were national democratic ( Rukh and
Reforms and Order ) parties and the Communist Party . In the March 2002 ... 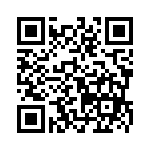