London and his wife build a yacht called ‘The Snark’ (after the Lewis Carroll poem) and after some delays they set off with a small crew to sail across the south Pacific, setting out from San ... Прочитајте целу рецензију

The cruise of the Snark

Inspired by the stories he loved in his youth, London ventured to sail around the world. He gathered up his wife, a skeleton crew, and the manuscripts for several stories he was developing and packed ... Прочитајте целу рецензију

Страница 6 - You have heard the beat of the off-shore wind, And the thresh of the deep-sea rain ; You have heard the song — how long! how long? Pull out on the trail again ! Ha' done with the Tents of Shem, dear lass, We've seen the seasons through, And it's time to turn on the old trail, our own trail, the out trail, Pull out, pull out, on the Long Trail — the trail that is always new.
Појављује се у 86 књиге(а) од 1892-2008

John Griffith "Jack" London (1876–1916) is an American author, journalist, and social activist. Some of his most famous works include The Call of the Wild and White Fang, as well as the short stories "To Build a Fire", "An Odyssey of the North", and "Love of Life". 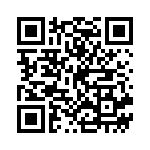