Organized chronologically in sections that range from the Colonial wars ("And the glad Britons quit the fatal field," Joel Barlow,The Columbiad ) to contemporary conflicts ("If a body is what you want ... Прочитајте целу рецензију

Lorrie Goldensohn is the author of Elizabeth Bishop: The Biography of a Poetry (1992), which was nominated for a Pulitzer Prize, and Dismantling Glory: Twentieth-Century Soldier Poetry (2003), nominated for a National Book Critics Circle Award. 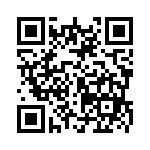