Parvaneh Pourshariati is Assistant Professor of Near Eastern Languages and Cultures at Ohio State University. She is the author of many scholarly articles on ancient Iran, and this is her first book. 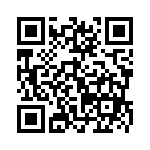