Страница 52
The countries , other than the United States , with which Costa Rica holds commercial relations of any importance are Great Britain , Germany , France , Spain , Italy , Belgium , Colombia ...
Страница 73
... proclaimed on May 26 , 1852 , She has also entered into conventions of friendship , commerce , and navigation with Germany , the Hanseatic cities , Belgium , France , Great Britain , Italy , the Netherlands , Peru , and Ecuador .
Страница 74
friendship with Spain ; a treaty of limits with Nicaragua ; a treaty with Colombia to submit to arbitration the question of limits between both Republics ; extradition treaties with Italy , Peru , Guatemala , Honduras , Nicaragua , and ... 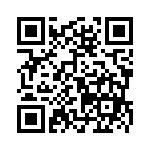