Страница 133
Patrick C. L. Heaven Canadian Review of Studies in Nationalism, XI, 1 (1984)
AFRIKANER PATRIOTISM TODAY: THE ROLE OF ATTITUDES AND
PERSONALITY Of the many nationalistic struggles in Africa today, the Afrikaner's
quest for ...
Страница 136
(32) As Morse, Mann, and Nel have revealed, a linkage between nationalism and
race among Afrikaners,(33) fear, which has resulted in closer affiliation,(34) could
... The survey has also shown that Afrikaner patriots are not necessarily racists.
Страница 137
S. J. Morse, J. W. Mann, and E. M. Nel, "National Identity in a 'Multi-Nation' State:
A Comparison of Afrikaners and English-speaking South Africans," Canadian
Review of Studies ... Adam and Giliomee, The Rise and Crisis of Afrikaner Power. 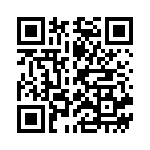