Peter Gleick is president of the Pacific Institute for Studies in Development, Environment, and Security in Oakland, California. He received his Ph.D. from the Energy and Resources Group at the University of California, Berkeley and is the recipient of a MacArthur Foundation Research and Writing Grant in Peace and International Cooperation. In addition to his research activities, Dr. Gleick serves on the Global Environmental Change Committee of the American Geophysical Union, the Board of Directors of the International Water Resources Association, the Public Advisory Forum of the American Water Works Association, and the editorial boards of several scientific journals. He has published extensively on climatic change, water resources, and environmental policy. He is widely recognized as one of the world's leading experts on freshwater resources, and is a member of the Water Science and Technology Board of the U.S. National Academy of Sciences, and an Academician of the International Water Academy in Oslo, Norway. He was recently named by the BBC as a "visionary on the environment" in its Essential Guide to the 21st Century.

The Worldwater Website, developed by Peter Gleick, is dedicated to providing up-to-date water resources information and data, with connections to organizations, institutions, and individuals working on a wide range of global freshwater problems and solutions.

Other titles by Peter Gleick: 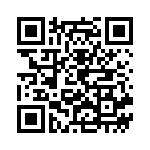