Страница 38
According to the Acehnese , orthodox Muslims do not distinguish between
secular and sacred practices in everyday life . For many Muslims , the Pancasila
falls short of the requirements for an Islamic state , which Muslim religious
leaders in ...
Страница 119
69 The energy that Tashkent Russians hoped to display , reversing a national
stereotype of laziness , dissipated , at least according to N . A . Maev . By 1894 ,
Maev argued that Russians had an aversion not only to profit , but to enterprise
and ...
Страница 169
Rassenschande , according to the teacher , was worse than murder . For quite
some time thereafter , Hans felt unworthy and unwanted , especially after he
became interested in German girls . He secretly admired Gretchen , a neighbour '
s ... 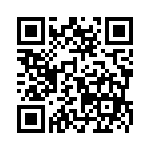