Страница 131
14 In order to arrive at a satisfactory answer to this question, it is necessary to
consider Marx's personality as well as his ideology. Often a bitter and violent
political opponent, Marx found it difficult to control his emotions in the heat of
battle.
Страница 143
The anarchist Bakunin was accused by Marx of being a Russian agent who had
informed on Polish revolutionaries even after the facts proved otherwise.
Scandinavian nationalism came under attack for promoting the "old Nordic
nationality" ...
Страница 144
Karl Marx, "Hungary and Panslavism," in Paul Blackstock and Bert Hoselitz, eds.,
The Russian Menace to Europe (Glencoe, 111., 1952), p. 63. 29. Ibid. 30. Ibid., p.
66. 31. Karl Marx, "Poland's European Mission," in Blackstock and Hoselitz, ... 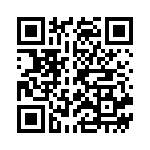