C.B. Macpherson (1911-1987), FRSC, was an emeritus professor of Political Science at the University of Toronto and the author of many influential books on Canadian politics and culture. 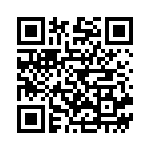