Страница 64
All hail ! my own inspired Bard ! In me thy native Muse regard ! Nor longer mourn
thy fate is hard , Thus poorly low ! I come to give thee such reward , As we bestow
! Know , the great Genius of this land Has many a light , aerial band , Who , all ...
Страница 178
Verse, Explanation and Glossary Robert Burns, George Scott Wilkie. The
Guidwife of Wauchope House , to Robert Burns , the Airshire Bard Feb 1787 This
is a wonderful , witty poem , not written by Burns , but sent to him by Mrs Elizabeth
Scott ...
Страница 314
Understanding she VERSE, EXPLANATION AND GLOSSARY How many times
have you heard or read one of the wonderful poems of Scotland's national bard,
Robert Burns, and not completely understood it? For many readers of Burns, the
... 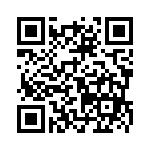