Born in Taunton, England, Frederick Copleston received his M.A. from Oxford University and his Ph.D. from the Pontifical Gregorian University in Rome. He entered the Society of Jesus in 1930 and became an ordained priest in 1937. Throughout his academic career, he remained committed to his Roman Catholic faith, apparent in his writing and his treatment of philosophical issues. Focusing primarily on the history of philosophy, Copleston taught at various universities in England, Italy, and the United States. His published work includes individual volumes on such major philosophers as Friedrich Nietzsche and Arthur Schopenhauer. He also has written books devoted to particular movements, including logical positivism and existentialism, and has written on particular issues, including the relation of religion to philosophy and the relation of philosophy to culture. Sometimes he has concentrated his attention on specific geographical or social regions; his Philosophy in Russia (1988) reflects this latter approach. Not only has Copleston published numerous monographs, but also his writing has been excerpted and collected in everything from texts of introductory readings to volumes of essays about specialized, technical philosophical issues. Earlier in his career, Copleston sometimes found himself pitted in popular public debates against a famous advocate of atheism, Bertrand Russell. Among beginning philosophers and veterans alike, however, Copleston's most important academic contribution will remain his nine-volume History of Philosophy (1946--74). In his attempt to span the full sweep of Western philosophical development, Copleston starts with the pre-Socratics. In each volume, he devotes several hundred pages to a particular epoch in the history of Western philosophy, explaining dominant, representative figures as well as significant movements and covering each period and line of thought. Generally, Copleston tries to reproduce the actual pattern of argument expressed in the writings of major philosophical figures, offering critical insights throughout the course of his exposition. Copleston's final volume brings his coverage of Western philosophy up through the writings of Jean-Paul Sartre. Copleston's discussions are fair, balanced, and faithful to the original text. His interpretations provide a standard, mainstream understanding of the growth of Western philosophy. Because his understanding of the history of philosophy has been so widely respected for so long, even more advanced philosophers often find themselves checking their grasp of major figures or movements by reference to Copleston's work. 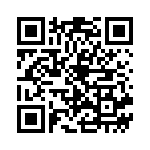