Doorstop of a book. Fascinating and sad. Too many detailed pages for me to get involved in one weird monk and his doings; I applied my speed-reading techniques and focussed mainly on the murder ... Прочитајте целу рецензију

Rasputin: Faith, Power, and the Twilight of the Romanovs

In this monumental and soul-shaking biography, historian and translator Smith (Former People) demystifies the figure of Grigory Rasputin a century after his gruesome murder in 1916 at age 47. He ... Прочитајте целу рецензију

Douglas Smith is an award-winning historian and translator and the author of Former People and other books on Russia. Before becoming a historian, he worked for the U.S. State Department in the Soviet Union and as a Russian affairs analyst for Radio Free Europe/Radio Liberty in Munich. He lives in Seattle with his wife and two children. 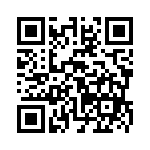