MICHAEL SCHULDINER is Professor of English at the University of Alaska, Fairbanks. He is the author of two earlier volumes and is the editor of Studies in Puritan American Spirituality.

DANIEL J. KLEINFELD is a director with credits in New York, Moscow, and St. Petersburg. He has most recently worked with The New York Fringe Festival and The Soho Repertory Theatre. 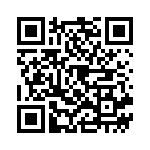