Steven Haywood Yaskell studied at Salem State (USA) and Carleton (Canada) universities. After a period in the United States Marine Corps he worked briefly for the Stockholm International Peace Research Institute (SIPRI) in Stockholm, Sweden. He has been published on astronomical history in the Journal for the History and Heritage of Astronomy (JH2) at James Cook University (Australia) and authored and co-authored articles for the Astronomical Society of the Pacific (USA) – the oldest American society for such – and more popular astronomy venues. An independent researcher and author, he co-authored The Maunder Minimum and the Variable Sun-earth Connection (World Scientific Press : 2004) with Harvard-Smithsonian Center for Astrophysics scientist Willie (Wei-Hock) Soon. For many years he was a writer and consultant on technical information system design and development for advanced telecommunications infrastructure, primarily for Ericsson corporation. For more than forty years an avid student of natural as well as human history, he returned to the USA and to New England after thirty years of service and work abroad. 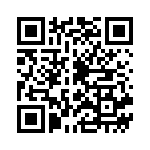