DAVID A. COPELAND is the A. J. Fletcher Professor of Communication at Elon University. He is the author Debating the Issues in Colonial Newspapers (Greenwood, 2000), Colonial Newspapers: Character and Content (1997), and Benjamin Keach and the Development of Baptist Traditions in Seventeenth-Century England (2001). A past president of the American Journalism Historians Association, he was named Carnegie Foundation for the Advancement of Teaching Virginia Professor of the Year in 1998. 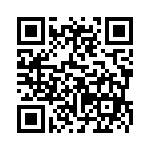