Robert Stickney has been involved with aquaculture for nearly 40 years. He has had experience with a variety of marine and freshwater culture species - primarily but not exclusively finfish - and has experience working in over 20 nations. He has held academic positions at the Skidaway Institute of Oceanography, Southern Illinois University, the University of Washington, and Texas A&M University in the United States. He was first employed at Texas A&M University in 1975 where he taught and conducted research from 1975-1984. He returned to Texas A&M in 1996 where he assumed the position of Sea Grant Director and Professor of Oceanography. Stickney has published over 100 articles in professional journals and three previous books on aquaculture. He edited the Encyclopedia of Aquaculture and edited or co-edited several other books. He is currently the Editor-in-Chief of World Aquaculture (the magazine of the World Aquaculture Society) and the refereed journal, Reviews in Fisheries Science. 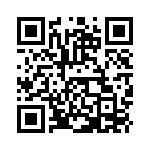