THE MOST BEAUTIFUL MAN IN THE WORLD: Paul Swan, from Wilde to Warhol

A biography that rescues sculptor-painter-dancer-actor Paul Swan from near-obscurity.When Andy Warhol filmed interviews with Swan in 1965, he reignited interest in the man, then 82. The Londravilles ... Прочитајте целу рецензију

Janis Londraville is a fellow at the Center for Independent Scholars, Associated Colleges of the St. Lawrence Valley, and holds a guest appointment on the English faculty at the State University of New York at Potsdam. Richard Londraville is a professor emeritus of English at the State University of New York at Potsdam. The Londravilles are the authors of Dear Yeats, Dear Pound, Dear Ford: Jeanne Robert Foster and Her Circle of Friends and Too Long a Sacrifice: The Letters of Maud Gonne and John Quinn. Emily W. Leider is a poet, an editor, and the author of Dark Lover: The Life and Death of Rudolph Valentino and Becoming Mae West. 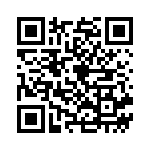