The Pope helped Mussolini get and keep power in return for making Catholicism mandatory in Italy, paving the way for Hitler’s rise. He wasn’t an aggressive anti-Semite, but did nothing to fight the ... Прочитајте целу рецензију

Emotional, impulsive, vindictive, deceptive, flexible in his convictions, an authoritarian, and a womanizer, Mussolini led the Fascists in Italy. Despite his antics, he was apparently quite popular ... Прочитајте целу рецензију

David Kertzer is Paul Dupee University Professor of Social Science at Brown University, where he is also professor of anthropology and Italian studies. His Kidnapping of Edgardo Mortara was a finalist for the National Book Award in the U.S. in 1997, and he has twice received the Marraro Prize from the Society for Italian Historical Studies for the best work on Italian history. His 2001 book, The Popes Against the Jews, a look at the Vatican's rolein the rise of modern anti-Semitism, has been published in several languages. He is co-founder former co-editor of the Journal of Modern Italian Studies. In 2005 Kertzer was elected a member of the American Academy ofArts and Sciences. From 2006 to 2011 he was the Provost of Brown University. 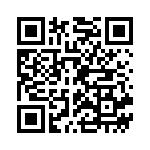