Born in Manchester, England, and educated at New College, Oxford, the British political scientist and Labor party leader Harold Laski taught history at Harvard University from 1916 to 1920. At that time, he returned to England to teach at the London School of Economics and Political Science, where he remained until his death. His name and the London School became almost synonymous terms in the minds of many, particularly students from the United States and from Asia and Africa, who learned from Laski the political knowledge necessary to overthrow their British rulers. A brilliant lecturer, he espoused a modified form of Marxism while holding a strong belief in individual freedom. Laski was a prolific writer and an active Socialist politician as well as a sensitive commentator on British and U.S. political institutions. Oddly, the letters that he exchanged during a period of 19 years with his American friend, Justice Oliver Wendell Holmes, published in two volumes in 1953, are read and appreciated more widely today than any of his books. 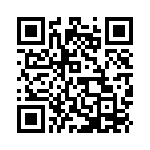