The author of the bestseller Emotional Intelligence (1995) expands on his earlier work by documenting the significance of emotional intelligence in the world of work at both the individual and ... Прочитајте целу рецензију

Having explained in Emotional Intelligence that EQ matters as much as IQ in the workplace, Goleman now explains how EQ can be learned. Прочитајте целу рецензију

Psychologist Daniel Goleman was born on March 7, 1946 in Stockton, California. He earned a Ph.D. from Harvard. Goleman wrote his first book, "The Meditative Mind" after studying ancient psychology systems and meditation practices in India and Sri Lanka. Goleman wrote about psychology and related fields for the New York Times for 12 years beginning in 1984. In 1993 he co-founded the Collaborative for Academic, Social, and Emotional Learning. He is also a co-chairman of The Consortium for Research on Emotional Intelligence in Organizations and a member of the Mind and Life Institute's board of directors. Goleman has written several popular books, including "Emotional Intelligence," "Social Intelligence," "Ecological Intelligence" and "Focus: The Hidden Driver of Excellence." He received a Career Achievement award for journalism from the American Psychological Association and was elected a Fellow of the American Association for the Advancement of Science to recognize his efforts to communicate the behavioral sciences to the public. 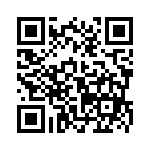