Paul Michael Lützeler is Rosa May Distinguished University Professor in the Humanities at Washington University of St. Louis; Director of the European Studies Program; Director of the Center for Contemporary German Literature and Chairman of the Senate Council. 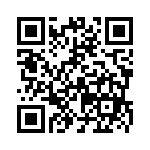