Страница 27
As a whole, the Gerra are nomadic pastoralists with large numbers of camels,
sheep, goats, and, where the habitat is suitable, cattle. THE HAWIYA The Hawiya
, descended from Irrir, are the largest. ”A Colucci, op. cit., p. 91 ; Guillain, op. cit.,
pp ...
Страница 77
Colucci remarks that in this case the principle of salaried labour appears, and is
related to the scarcity of free land and the high density of the population.” The
gamas has also certain social functions such as contributing alms, and
organizing ...
Страница 118
Colucci considers that the rer is epitomized in the Galmedo tertiary section.
Developing this notion, he defines the rer rigidly as the fundamental agnatically
organized social unit in which are concentrated all coherent activities and which
is ... 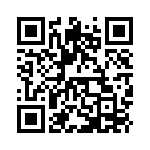