Страница
STREET 124 STEPHEN'S GREEN EAST Ward Boundary South central Dublin a ) THE SISTERS : The title is discussed in. O'CONNELL MRIDGE TIVOLI BURGH QUAY GEORGE'S ...
Страница 18
I was still considering wrote ' sage green ' , but this is whether I would go away or not when the man came back more appropriate with its hint f and sat ...
Страница 47
( 478 ) O'BRIEN & COMPANY a ) round Stephen's Green : Lenehan has a great deal of time to kill . He is to walk quite a distance in the story .

Now here is something special. Widely recognized as one of the greatest collections of short fiction ever produced, Dubliners here gets the red carpet treatment it deserves. Lavishly decorated with ... Прочитајте целу рецензију

James Joyce was born on February 2, 1882, in Dublin, Ireland, into a large Catholic family. Joyce was a very good pupil, studying poetics, languages, and philosophy at Clongowes Wood College, Belvedere College, and the Royal University in Dublin. Joyce taught school in Dalkey, Ireland, before marrying in 1904. Joyce lived in Zurich and Triest, teaching languages at Berlitz schools, and then settled in Paris in 1920 where he figured prominently in the Parisian literary scene, as witnessed by Ernest Hemingway's A Moveable Feast. Joyce's collection of fine short stories, Dubliners, was published in 1914, to critical acclaim. Joyce's major works include A Portrait of the Artist as a Young Man, Ulysses, Finnegans Wake, and Stephen Hero. Ulysses, published in 1922, is considered one of the greatest English novels of the 20th century. The book simply chronicles one day in the fictional life of Leopold Bloom, but it introduces stream of consciousness as a literary method and broaches many subjects controversial to its day. As avant-garde as Ulysses was, Finnegans Wake is even more challenging to the reader as an important modernist work. Joyce died just two years after its publication, in 1941. 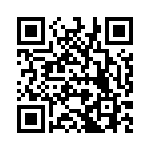