Страница 225
receiving the highest vote as defeated candidates , and the person or persons so tied at the election with the highest number of votes as defeated candidates who are not so chosen by the town meeting members of the precinct shall be ...
Страница 611
Any registered voter of the town who is not a town meeting member , subject to such conditions as the town meeting members may determine , may speak at least once upon any matter at such a meeting , but he shall have no vote .
Страница 853
If a majority of the voters voting on the question shall vote in the affirmative , this chapter , except sections seven A , eight A , nine A , nine C , nine D , nine E , eleven A , eleven B , eleven D , eleven E , eleven F and sixteen ... 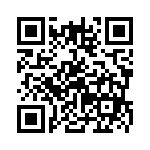