This is such a good book!

I have read this book 3 times and each time, I read something that I missed before. Chonda is so honest and transparent in this book to a degree that you don't see very often from a person of her ... Прочитајте целу рецензију

Thanks for a inspiring book about depression, I have gone through some very depressing times and only God got me through it. I could not put the book down once I started reading it because Chonda told ... Прочитајте целу рецензију

Страница 65 - But now, this is what the Lord says— he who created you, O Jacob, he who formed you, O Israel: "Fear not, for I have redeemed you; I have summoned you by name; you are mine.
Појављује се у 590 књиге(а) од 1846-2008
Страница 1 - And the God of all grace, who called you to his eternal glory in Christ, after you have suffered a little while, will himself restore you and make you strong, firm and steadfast.
Појављује се у 235 књиге(а) од 1858-2008
Више
Страница 203 - Therefore, I urge you brothers, in view of God's mercy, to offer your bodies as living sacrifices, holy and pleasing to God this is your spiritual act of worship (Romans 12:1 NIV).
Појављује се у 382 књиге(а) од 1975-2009
Страница 149 - God opposes the proud but gives grace to the humble.' Humble yourselves, therefore, under God's mighty hand, that he may lift you up in due time. Cast all your anxiety on him because he cares for you.
Појављује се у 341 књиге(а) од 1973-2008
Страница 203 - Do not conform any longer to the pattern of this world, but be transformed by the renewing of your mind. Then you will be able to test and approve what God's will is— his good, pleasing and perfect will.
Појављује се у 575 књиге(а) од 1965-2008
Страница 127 - Why are you downcast, O my soul? Why so disturbed within me? Put your hope in God, for I will yet praise him, my Savior and my God.
Појављује се у 189 књиге(а) од 1981-2008
Страница 157 - The LORD, the LORD, a God merciful and gracious, slow to anger, and abounding in steadfast love and faithfulness, 7 keeping steadfast love for thousands, forgiving iniquity and transgression and sin, but who will by no means clear the guilty, visiting the iniquity of the fathers upon the children and the children's children, to the third and the fourth generation.
Појављује се у 153 књиге(а) од 1834-2008
Мање

With an audience of two million faithful fans and five gold-certified comedy albums, Chonda Pierce has been a popular guest of the Women of Faith Conferences for ten years. She has appeared with everyone from Billy Graham to Garth Brooks, sells out most concerts on her schedule, and has made the list of largest touring audiences in most entertainment magazines.

She is the author of eight books, including I Can See Myself in His Eyeballs and It's Always Darkest before the FUN Comes Up, and eight comedy videos, such as Four-Eyed Blonde, Have I Got a Story for You! and A Piece of My Mind. Chonda is also a spokesperson for World Vision and president of the Christian Comedy Association. She resides in middle Tennessee with her husband, David, and their two children. 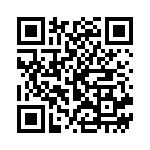