Страница 162
Not only has Lucy's lateness reflected negatively on Ricky , but she continues to
embarrass him : having gone without ... Instead of exhibiting the appropriately
feminine self - abnegation and self - restraint , Lucy is primarily concerned with
her ...
Страница 172
4.3b ) , Lucy performs an impressive dance routine that charms the producer -
until he removes her veil and is horrified by the bearded lady ( Fig . 4.3c ) . Lucy's
trick may have succeeded in manipulating Ricky , but the price she has to pay for
...
Страница 190
Lucy producer and writer Jess Oppenheimer made a sales pitch to the readers of
Look in an April 21 , 1953 , article titled , “ Lucy's Two Babies " : “ The audience
will see Lucy and Ricky struggling through the exasperating , wonderful problems
...

Lori Landay teaches in the Department of English and Journalism at Western Illinois University. 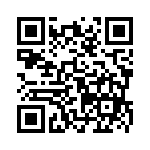