Joanne H. Wright is an assistant professor in the Department of History and the Centre for Women's Studies at Brock University. 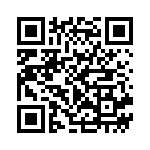