William Wordsworth was born in the Lake District in 1770 and died there eighty years later in 1850. He had three brothers and a sister, Dorothy, to whom he was extremely close. As an undergraduate at Cambridge, Wordsworth travelled widely and wrote poetry. He spent his twenties as a wanderer in France, Wales, London, the Lakes, Dorset and Germany. In France he fathered a child who he did not meet until she was nine, due to the war. In 1795 he was reunited with Dorothy and met Coleridge, who was to be a particular influence on his poetry. He became Poet Laureate in 1843.


Jonathan Wordsworth is descended from William's younger brother Christopher, is Chairman of the Wordsworth Trust and a Lecturer in Romantic Studies at Oxford. 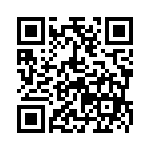