Страница 27
As a whole, the Gerra are nomadic pastoralists with large numbers of camels,
sheep, goats, and, where the habitat is suitable, cattle. "A Colucci, op. cit., p. 91 ;
Guillain, op. cit., pp. 140 B. 7» Sources : Colucci, 1924, pp. 90-1 ; Caniglia, 1922,
p.
Страница 77
Colucci remarks that in this case the principle of salaried labour appears, and is
related to the scarcity of free land and the high density of the population.1* The
gamas has also certain social functions such as contributing alms, and
organizing ...
Страница 93
Colucci offers a brilliant analysis of three typical Sab tribes— the Helai of Bur
Hakaba, the Tunni of Brava, and the Baj-Argan Saraman cluster. The first two are
large independent tribes and the last a confederacy of the Jiron, Maalimwena,
Rer ... 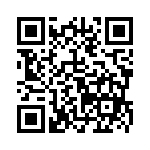